Nomenklatur for drakt (Norsk Institutt for Bunad og Folkedrakt) [no]

The peaked cap, service cap, barracks cover or combination cap is a form of headgear worn by the armed forces of many nations, as well as many uniformed civilian organisations such as law enforcement agencies and fire departments. It derives its name from its short visor, or peak, which was historically made of polished leather but increasingly is made of a cheaper synthetic substitute.

The term forage cap is also used though that also applies to "field service cap" or the side cap.

Other principal components are the crown, band and insignia, typically a cap badge and embroidery in proportion to rank. Piping is also often found, typically in contrast to the crown colour, which is usually white for navy, blue for air force and green for army. The band is typically a dark, contrasting colour, often black, but may be patterned or striped.

In the British Army, each regiment and corps has a different badge. In the United States Armed Forces, the cap device is uniform throughout service branch, though different variants are used by different rank classes. 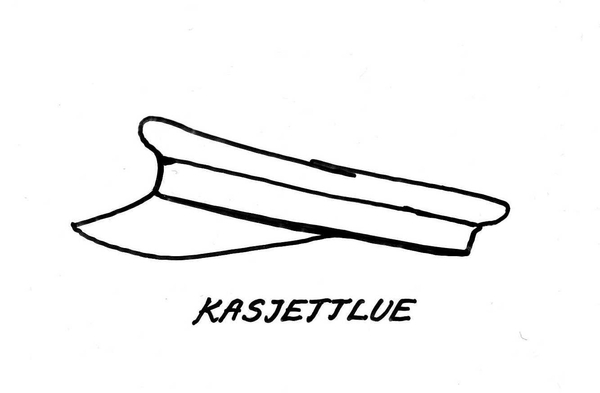 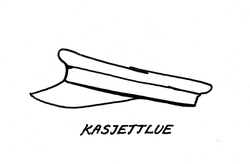