Inventors in Sweden (National Museum of Science and Technology)

Amalia Eriksson, née Lundström (25 November 1824, in Jönköping – 19 January 1923, in Gränna), was a Swedish business person, known as the inventor of the Polkagris, a type of candy stick which she invented in Gränna, Sweden.

Amalia Eriksson was born in Jönköping in 1824. She was the daughter of Katarina Hagen Andersdotter and Jonas Lundström – a housemaid and a farrier. When she was just ten years old, both Amalia’s parents and her five siblings died in a cholera epidemic.

In 1852, she began working as a housemaid for a surveyor in Jönköping. Three years later, her employer moved to Gränna, and Amalia went with him. In 1857, she married a tailor, Anders Eriksson. The following year, their daughter Ida was born. One week after Ida’s birth, Anders Eriksson died of dysentery. Amalia Eriksson now had to support both herself and her daughter.

At that time, it was virtually impossible for women to start their own business, although permission could sometimes be granted in special circumstances. In 1859, Amalia Eriksson applied for permission to make “fine pastries and so-called polkagris”. Polkagris was the name given to small peppermint sweets.

After a while, Amalia Eriksson developed the polkagris stick, which was initially only baked at weekends and for public holidays. Sugar, vinegar and water were mixed together and then heated. A small part of the sugar dough was coloured red while the rest was flavoured with peppermint oil; the dough then had to be kneaded for a long time. To begin with, Amalia Eriksson was the sole producer of polkagris sweets. After a while, however, they became very popular and other bakers in Gränna began to produce their own.

Thanks to the polkagris, Amalia Eriksson became a wealthy woman. She came to be regarded as one of the most important people in Gränna. In 1915, her bakery was visited by Crown Prince Gustaf Adolf and his wife Margaretha.

Amalia Eriksson died in 1923, aged 99. Her daughter Ida Eriksson continued with the production of polkagris until 1945. In 1997, a bronze statue was erected in Gränna to commemorate Amalia Eriksson and her polkagris. Today, the polkagris is a symbol of Gränna, as well as being one of the most popular Swedish souvenirs.

On 25th July each year, Gränna organises a world championship in the making of polkagris. The polkagris has also featured in the Guinness Book of Records. The world’s longest polkagris was made in 1989 and measured 287.7 metres in length. The thickest polkagris ever made was 8.67 metres thick, and the heaviest weighed 2,158.7 kilograms. 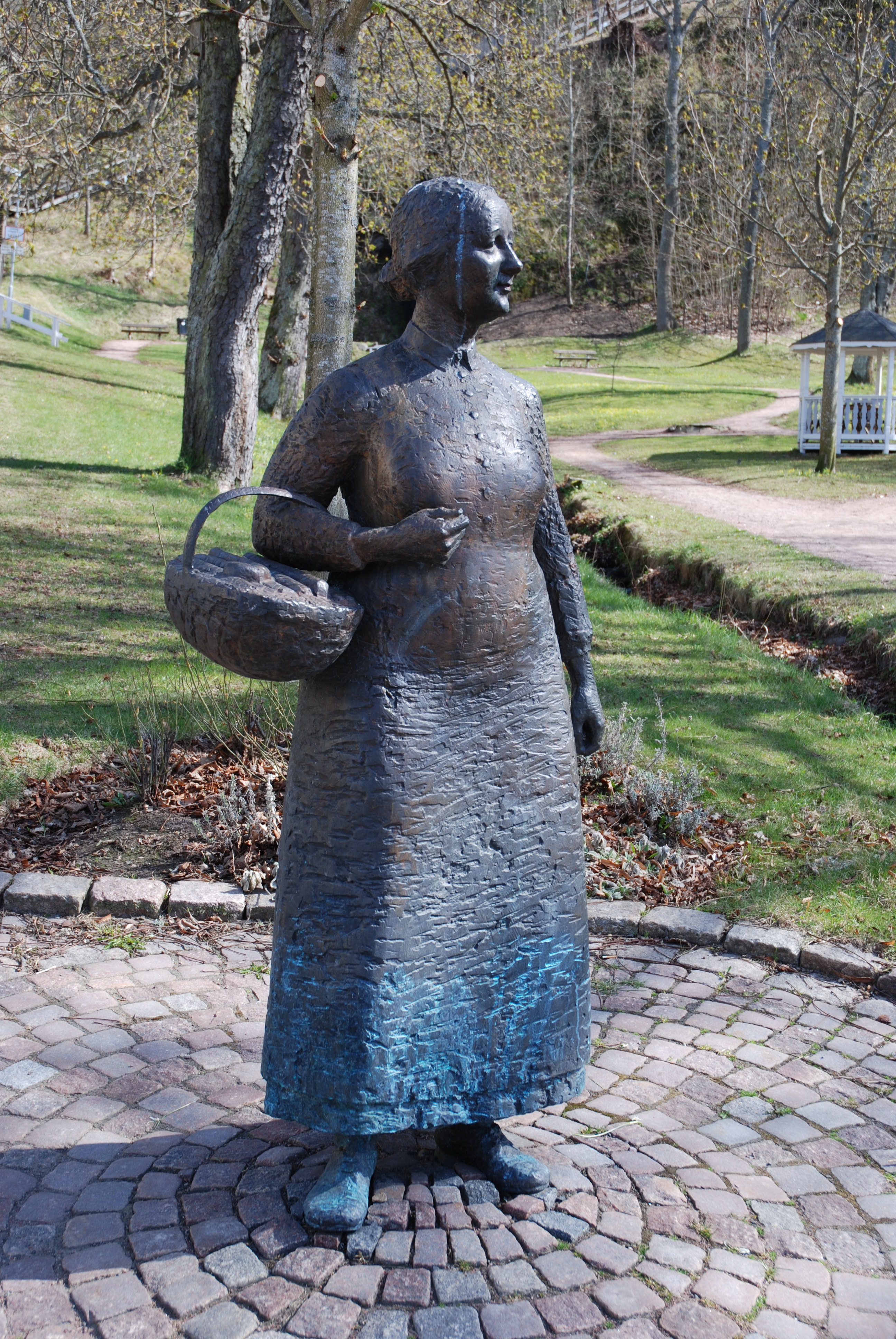