The Stockholm Exhibition (in Swedish, Stockholmsutställningen) was an exhibition held in 1930 in Stockholm, Sweden, that had a great impact on the architectural styles known as Functionalism and International Style.

The fair was conducted by the City of Stockholm and the Svenska Slöjdföreningen (which has evolved into the existing organization, Swedish Form) art society. The art historian and leader of the Svenska Slöjdföreningen, Gregor Paulsson, was the intellectual leader of the fair, inspired, after a visit to the 1927 Weissenhof Estate in Stuttgart, to organize a similar event for Stockholm.

It took place from May through September 1930, on the southern portion of the Djurgården recreation area in eastern-central Stockholm, and entertained about four million visitors.

Swedish artists, craftsmen and companies showed their latest products, particularly the glass producer Orrefors Glasbruk. Many of the available images were taken by the pioneering photographer W. Gustaf Cronquist, and were published by Swedish Form.

The exhibition's slogan was: Acceptera!, or Accept!, literally a plea for acceptance of functionalism, standardization, and mass production as a cultural change. The effort to persuade Swedish citizens of the benefits of a modernized lifestyle included serving mass-produced food. 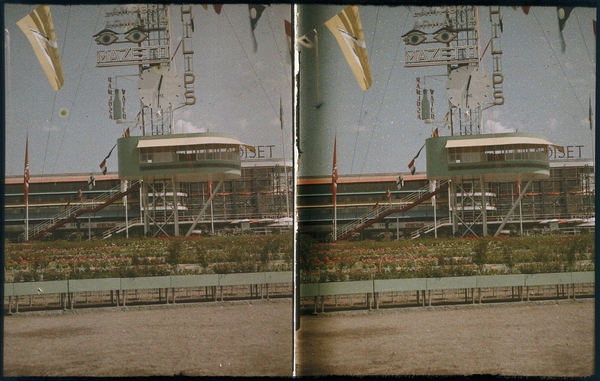