Inventors in Sweden (National Museum of Science and Technology)

Alfred Bernhard Nobel ( noh-BEL, Swedish: [ˈǎlfrɛd nʊˈbɛlː] (listen); 21 October 1833 – 10 December 1896) was a Swedish chemist, engineer, inventor, businessman, and philanthropist. He is best known for having bequeathed his fortune to establish the Nobel Prize, though he also made several important contributions to science, holding 355 patents in his lifetime. Nobel's most famous invention was dynamite, a safer and easier means of harnessing the explosive power of nitroglycerin; it was patented in 1867 and was soon used worldwide for mining and infrastructure development.

Nobel displayed an early aptitude for science and learning, particularly in chemistry and languages; he became fluent in six languages and filed his first patent at age 24. He embarked on many business ventures with his family, most notably owning Bofors, an iron and steel producer that he developed into a major manufacturer of cannons and other armaments.

After reading an erroneous obituary condemning him as a war profiteer, Nobel was inspired to bequeath his fortune to the Nobel Prize institution, which would annually recognize those who "conferred the greatest benefit to humankind". The synthetic element nobelium was named after him, and his name and legacy also survives in companies such as Dynamit Nobel and AkzoNobel, which descend from mergers with companies he founded.

Nobel was elected a member of the Royal Swedish Academy of Sciences, which, pursuant to his will, would be responsible for choosing the Nobel laureates in physics and in chemistry.

Childhood and family
Alfred Nobel (1832-1898) is one of Sweden’s most famous inventors. His father, Immanuel, was also an inventor. Immanuel Nobel established Sweden’s first rubber factory and invented the inflatable rubber mattress among other things, but business did not go well. His family, his wife Andriette and eight children (only four reached adulthood), did not have it easy. As a child, Alfred was weak and infirm and completed only two school terms. But he was inquisitive, curious and a diligent reader.

Nobel and Russia
When Immanuel Nobel’s company went bankrupt, he left Sweden and moved to Finland to seek his fortune. At the start of the 1840s he moved on to Russia. Tsar Nicholas I was interested in Immanuel Nobel’s new invention, a new kind of gunpowder-filled underwater mine. The Tsar was impressed when Immanuel Nobel demonstrated the mine in St. Petersburg, and after two years he had enough money to send for his family.

Alfred Nobel and his brothers were taught in Russian and Swedish by a private tutor in St. Petersburg. The young Alfred was quick to learn Russian and as an adult spoke five languages fluently. As a 17 year old he was sent on a school (study) trip abroad. In France, he was employed by famous chemist, professor Pelouze, where he first came into contact with nitroglycerine, an extremely explosive and volatile compound of sulphuric acid, nitric acid and glycerine, which can self-ignite at 180oC.The Crimean War (1853-1856) broke out shortly after Alfred returned home and Nobel & Sons began manufacturing torpedoes for the Russian military. During this time, Immanuel Nobel started experimenting with nitroglycerine, but he couldn’t find a way to control when the nitroglycerine would explode.

When Nicholas I died in 1855, the company lost its military contract with the Russian government and went bankrupt in 1859. Immanuel Nobel returned to Sweden, but brothers Robert, Ludvig and Alfred remained in St. Petersburg. With time, Ludvig and Robert Nobel became oil magnates and millionaires in Baku (now Azerbaijan), whereas Alfred Nobel began to experiment.

Nitroglycerine and Alfred Nobel’s first inventions
In Stockholm, Immanuel Nobel continued without success to make gunpowder stronger by adding nitroglycerine. His son, Alfred, chose another path. Nitroglycerine’s weakness was that it could not be detonated using a fuse. Alfred resolved this problem by inventing the blasting cap, a small sensitive primary explosive, containing a highly flammable substance that detonated the secondary explosive. Alfred’s blasting cap was a mercury fulminate-filled copper capsule that exploded via a fuse wire. Together with his younger brother, Emil, and his father, Immanuel, Alfred experimented with various compounds of gunpowder and nitroglycerine, while also continuing to experiment with pure nitroglycerine. In 1864, he applied for a patent on the blasting cap and the method of producing nitroglycerine. That year, he and his father started Nitroglycerin AB, a Swedish company.

Tragic events
On 3rd September 1864, a violent explosion destroyed the factory in Stockholm. Emil was experimenting with the production of nitroglycerine, and he and five others died in the explosion. This was a hard blow for Immanuel and Alfred, but Alfred composed himself and decided to continue his work with nitroglycerine. He was now determined to make nitroglycerine more stable.

Two major explosions in Vinterviken
In June 1868, there was yet another major explosion at Nobel’s nitroglycerine factory in Vinterviken, just south of Stockholm. The laboratory building was completely destroyed, not even the foundations remained, and fourteen people died. Witnesses said that one laboratory worker who had notably acted carelessly with nitroglycerine had been warned by colleagues and was about to lose his job. He was in charge of purifying the nitroglycerine that was poured into large clay containers. The containers were then dragged across the asphalt floor to make room for new ones. If a few drops of nitroglycerine were to touch the floor and a container was then dragged across it, the friction could cause the drops to explode. The police suspected that this was probably the cause of the explosion.

Several factory buildings at Vinterviken exploded and burned down in May 1874. Even the Baltzar von Platen steamboat that arrived at Vinterviken loaded with potassium nitrate was destroyed in the fire. Eight people died in the explosion, but more could have died if a few workers hadn’t managed to remove large quantities of nitroglycerine from the burning factory building. The cause of the accident is unclear.

Dynamite, gelignite and ballistite
Mixing nitroglycerine with a stabilising substance without reducing its explosive power was something that Alfred experimented with in Hamburg, Germany. He eventually tested kiselguhr from the banks of the River Elbe, which contained petrified algae and absorbed water well. The result was a stable and mouldable explosive dough. Dynamite (from the Greek word dynamis, meaning power) was born. Alfred applied for the patent in 1867 and instantly became world famous.

But dynamite could not be used in water and the inventor was not entirely satisfied with its explosive strength. He tried instead mixing nitroglycerine with a little gun cotton (nitrocellulose). Gun cotton was produced by dipping the cotton in nitric acid and sulphuric acid, and then being left to dry. This creates a flammable substance that explodes on impact. The new invention was christened gelignite. Gelignite was stable and just as effective as pure nitroglycerine, as the explosive gun cotton did not affect the explosive strength. In addition, gelignite could be used under water.

In 1887, Alfred Nobel applied for the patent on his third major invention, ballistite, a smokeless propellant made from equal parts of nitroglycerine and gun cotton. Ballistite eliminated the problematic cloud of smoke from shooting, something that impaired vision and revealed the shooter’s position to the enemy. Alfred Nobel thought he was contributing to peace. He had hoped that the destructive strength of dynamite and nitroglycerine would put the fear into the ruling powers and put an end to all wars.

Nobel’s death and legacy
Creativity was Alfred Nobel’s main motivation. In 1864, he owned or held a high position in no less than 93 companies throughout Europe. At the time of his death in San Remo in 1898, he owned a fortune of 33 million Swedish kronor, an unprecedented sum at that time. His will was a huge surprise; 31 million Swedish kronor was to be used for a special foundation which would award annual prizes within the areas of chemistry, physics, physiology or medicine, literature and peace.

The story of how the 31 million eventually reached Sweden is very exciting. Ragnar Sohlman, Alfred Nobel’s loyal assistant during the last three years of his life, made sure that his dying wish would be fulfilled. Alfred Nobel spent much of his life in France, and the French authorities were entitled to demand payment of inheritance tax. Ragnar Sohlman armed himself with a revolver, obtained a horse and carriage and filled it with money from a safety deposit box and drove the entire fortune to the Swedish Consulate in Paris. The money was then packed into small envelopes and sent discreetly to Sweden as normal letters. Ragnar Sohlman then became one of the founders of the Nobel Foundation.

The first Nobel Prize was awarded on 10 December 1901. The Nobel Prize is perhaps Alfred Nobel’s greatest and most famous invention. 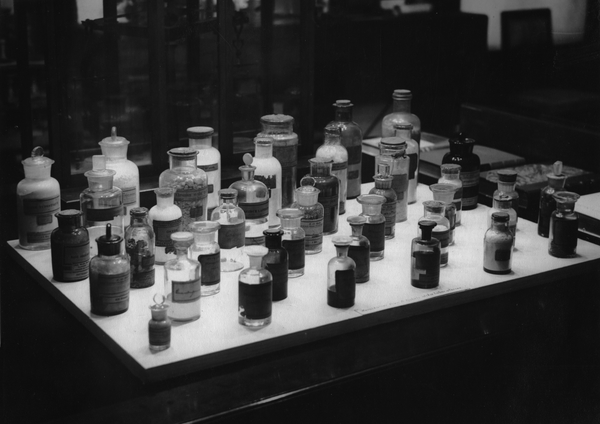 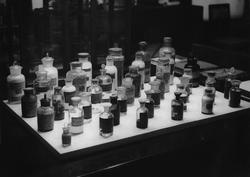 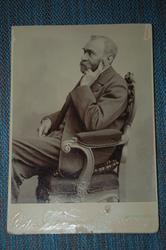 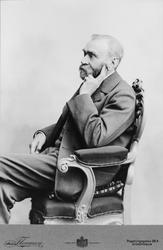 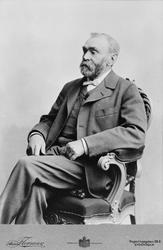 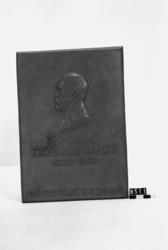 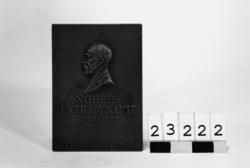 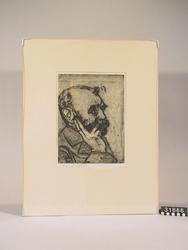 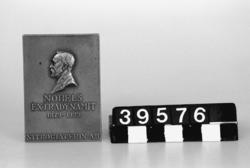 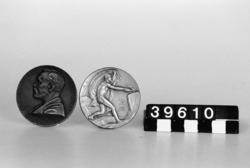 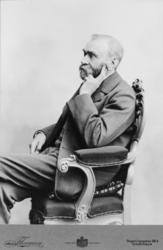